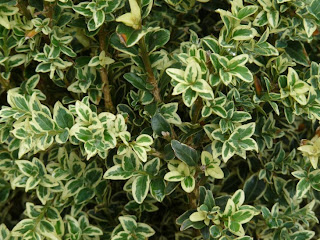 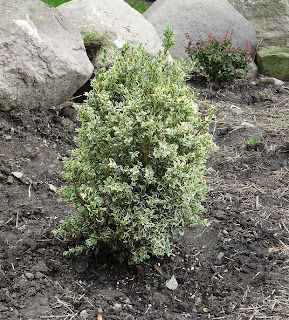 In the nursery trade there are basically two species of Boxwood available, English Boxwood (Buxus sempervirens) and Japanese Boxwood (Buxus microphylla). English Boxwood is native to southern Europe, northern Africa and western Asia and sometimes is referred to as Common Boxwood. The plants grow larger than Japanese Boxwood and hold good green color in shade or sun. The leaves are tapered or slightly pointed with the widest part of the leaf being the base.

Japanese Boxwood is native to Japan and is often called Little-Leaf Boxwood. The plants grow in sun or shade but can become slightly brown over winter in full sun. The leaves are more rounded and are widest in the center. The brown or tan colored foliage can easily be cleaned up with a light spring pruning.


Boxwoods are versatile in their being able to survive in sun or shade. They have shallow root systems and aren't particularly drought tolerant, although established plants favor pretty well in Stillwater. Boxwoods in the southern United States can have root problems if a thick mulch is applied. For this reason gardeners should only mulch lightly.

When pruning boxwood into a hedge, make sure the bottom is left wider than the top. This allows more light to reach the lower branches and the hedge is less likely to thin at the bottom.

http://www.walterreeves.com/landscaping/article.phtml?cat=13&id=696
Posted by Gimmer at 12:14 PM

In the nursery trade there are basically two species of Boxwood available, English Boxwood (Buxus sempervirens) and Japanese Boxwood (Buxus microphylla)Shrubs For Sale

In the family of boxwood for sale, box or Buxus there are 110 sizes, shapes, leaf forms and colors to choose from. Plus the alkaloids ... Shrubs For Sale.