Our collection of old Bikes 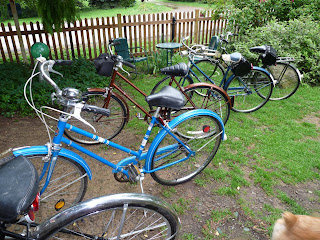 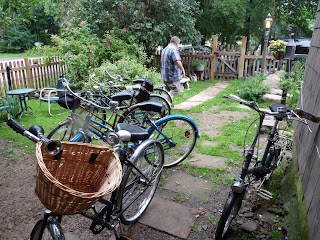 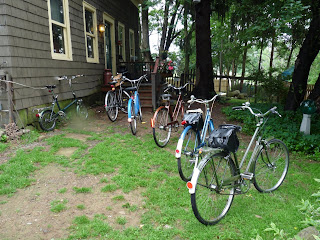 Shepherds after my own heart 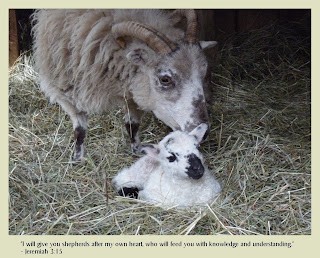 Posted by Gimmer at 1:55 PM No comments:

Columbia Bicycle made in 1972 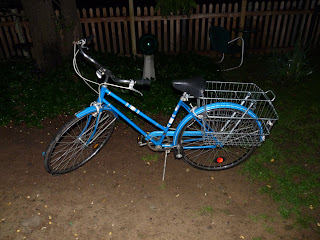 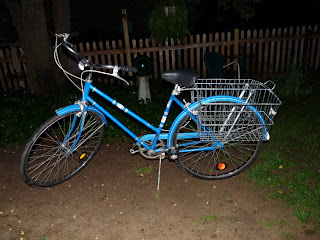 I am deeply concerned about all the hate towards Obama on Facebook and other places on line. He has done nothing to deserve this vitriolic hate. This kind of hate is evil and someone is going to try to shoot Barack Obama or Mrs. Obama because of this frenzy of hate. I am horrified by some of what I read these days. I have no problem if someone wants to vote against him but hate is not acceptable under any guise. Obama is president he was elected fairly.
Posted by Gimmer at 1:57 PM No comments: 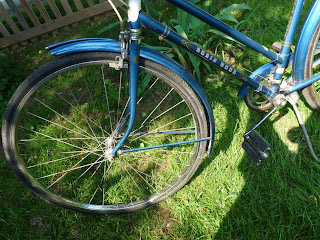 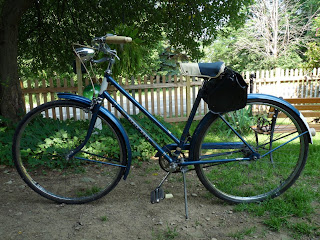 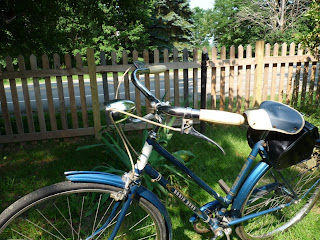 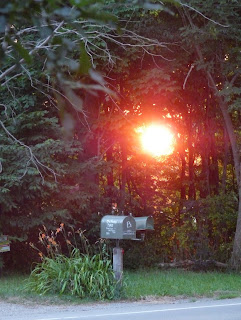 Posted by Gimmer at 3:24 AM No comments: 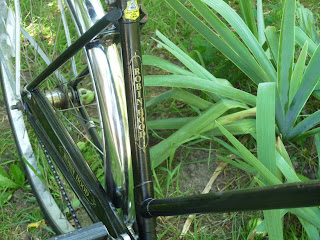 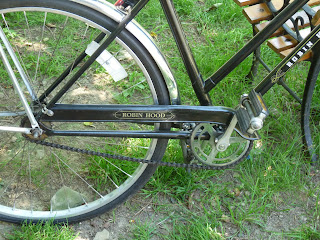 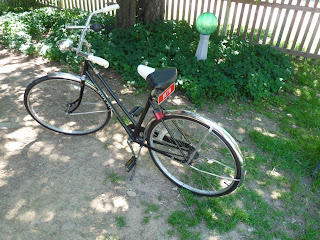 Rock of Ages set to the Richard Redhead tune

Rock of Ages' is a popular Christian hymn by Reverend Augustus Montague Toplady. It can be sung to the hymn tunes TOPLADY by Thomas Hastings or REDHEAD 76 by Richard Redhead. The words of the hymn were written in 1763 and first published in The Gospel Magazine in 1775, with the music added in around 1830.

The Rock of Ages, Burrington Combe where the Rev. Toplady is reputed to have sheltered from a storm. According to a famous but largely unsubstantiated story, Rev. Toplady drew his inspiration from an incident in the famous gorge of Burrington Combe, a Mendip gorge close to the Cheddar Gorge. Toplady, a preacher in the nearby village of Blagdon, was travelling along the gorge when he was caught in a storm. Finding shelter in a gap in the gorge, he was struck by the title and scribbled down the initial lyrics on a playing card.


The fissure that is believed to have sheltered Toplady is now marked as the 'Rock of Ages', both on the rock itself and on some maps, and is also reflected in the name of a nearby tea shop.


Others have viewed the hymn as a criticism of the theology of John Wesley and the early Methodists, citing the line, 'Thou must save, and Thou alone'. This line was believed to refer to the Wesleyan notion that human beings may exercise free will and thus play a role in salvation, an idea which Toplady and his Calvinist colleagues rejected.


The hymn was a favourite of Prince Albert, who asked it to be played to him on his deathbed, as did Confederate General J.E.B. Stuart. It was also played at the funeral of William Ewart Gladstone.


In his book Hymns That Have Helped, W. T. Stead reported "when the London went down in the Bay of Biscay, 11 January 1866, the last thing which the last man who left the ship heard as the boat pushed off from the doomed vessel was the voices of the passengers singing 'Rock of Ages'.
Posted by Gimmer at 8:27 PM No comments:

This morning  at 10:30 UK time is Mike's funeral. I still cannot make my heart believe he has departed this realm. I knew him about 8 years. Mike Abrams was one of the finest people I have ever known. I wish so much I could have flown over for his service. Mike read this blog almost every day. 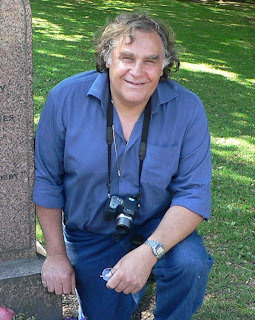 Posted by Gimmer at 1:16 AM No comments: 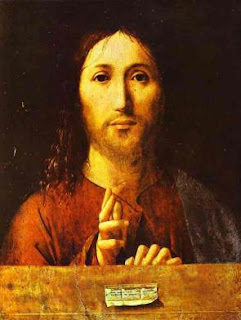 Where charity and love are, God is there.
Christ's love has gathered us into one.
Let us rejoice and be pleased in Him.
Let us fear, and let us love the living God.
And may we love each other with a sincere heart.

Where charity and love are, God is there.
As we are gathered into one body,
Beware, lest we be divided in mind.
Let evil impulses stop, let controversy cease,
And may Christ our God be in our midst.

Where charity and love are, God is there.
And may we with the saints also,
See Thy face in glory, O Christ our God:
The joy that is immense and good,
Unto the ages through infinite ages. Amen.

Ubi caritas is a hymn of the Western Church, long used as one of the antiphons for the washing of feet on Maundy Thursday. The Gregorian melody was composed sometime between the fourth and tenth centuries, though some scholars believe the text dates from early Christian gatherings before the formalization of the Mass. It is usually sung at Eucharistic Adoration and Benediction of the Blessed Sacrament and on Holy Thursday evening at the Mass of the Lord's Supper. The current Roman Catholic Missal (1970, 3rd typical edition 2000) reassigned it from the foot-washing mandatum to the offertory procession at the Holy Thursday Mass of the Lord's Supper, and it also is found in currentAnglican and Lutheran hymnals.

Posted by Gimmer at 4:17 PM No comments: 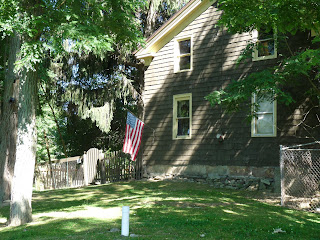 It's so hot here this week I am so grateful for my shade trees. 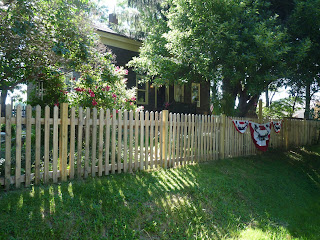 O'Donnell's Lament
Posted by Gimmer at 10:57 PM No comments:

My Rose Bush in Full Bloom 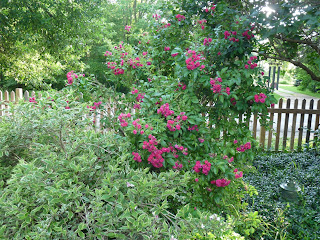 Summer is in full Bloom! 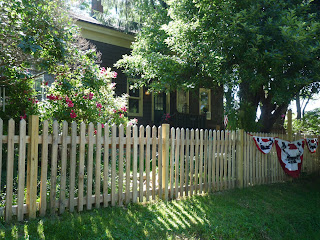 Posted by Gimmer at 3:20 PM No comments:

The Hills & Far Away

Consider the lilies how they grow... 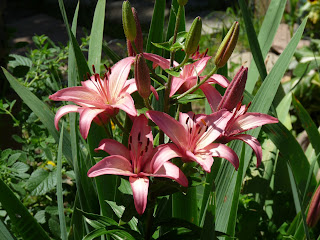 Consider the lilies how they grow: they toil not, they spin not; and yet I say unto you, that Solomon in all his glory was not arrayed like one of these.
Posted by Gimmer at 10:37 PM No comments: