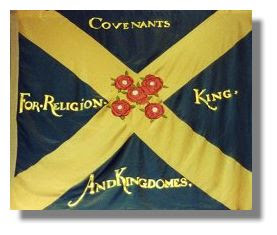 One of Scotland's rarest historical documents has been sold for a record price at auction.

It dates from 1638 and is signed by some of the country's most influential noblemen of the time.

A first edition of Charles Darwin's The Origin Of Species also sold at the Lyon and Turnbull auction for £15,625.

The Scottish National Covenant of 1638 was the result of various attempts by the Stuart monarchy to unify religious worship throughout England and Scotland.

In 1637 King Charles I and Archbishop Laud endeavoured to impose an English liturgy, a move that the Scots saw as an attempt to reintroduce popery.

The spontaneous objection during that first church service developed into organised opposition unified around the text of the National Covenant.

The 1638 document incorporated the Scottish Confession of Faith of 1581 and the Acts of the Scottish Parliament that had established the Calvinist religion and the liberty of the Kirk.

The original document was neatly written and signed by a large gathering on February 28, 1638, in Greyfriar's Kirkyard, Edinburgh.

The leading Covenanters - Rothes, Montrose, Eglinton, Cassillis, and others - then created duplicate copies to be dispatched into every shire, presbytery and parish of Scotland for signature.
The first edition of Charles Darwin's The Origin Of Species sold for £15,625


The copy sold today is the Covenant of Renfrewshire and is signed by more than 100 Covenanters including the Earls of Montrose, Cassillis, Eglinton, Wemyss, Rothes, Lindsay, Lothian and Lord Balmerino.

Its new owner, who lives in the US and wants to remain anonymous, said: "It is a hugely important historical document and my main interest in it lies from me having studied for my PhD in Church History at St Andrews University in Fife.

"I am looking forward to studying the document in more detail. It will remain in Scotland for the time being in the care of my son who lives in the country."
Posted by Gimmer at 2:02 PM